Products and vehicles that received prestigious local and international awards for our industrial design work and our customers’ collaboration. 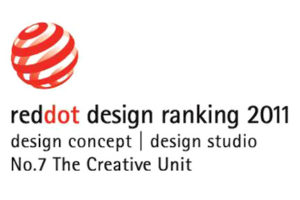 “I am very pleased to inform and congratulate The Creative Unit for being ranked number 7 in the Red Dot design ranking for design concepts. This ranking recognizes your organization as one of the top design studios in continuously and progressively pushing forward with cutting-edge and forward-thinking product concepts.

The Red Dot design ranking, compiled by the Red Dot Institute, honours organizations at the forefront of design excellence and innovation. The Red Dot design ranking for design concepts will serve as a beacon to the world, directing the attention of businesses, media, designers, and the public to organizations that will surely define our world of tomorrow. The design ranking label, issued together with the ranking, serves as a marketing tool to effectively communicate your standing among the most innovative companies and institutions around the world.

The ranking is computed using a weighted formula that considers the cumulative number and classes of awards won over 5 years, and with a strong emphasis on recency. Each Red Dot award won by the organization is awarded points, with extra points given for each year based on the recency of the awards. The formula ensures the relevance of the ranking by fully recognizing the most recent year’s achievements.” 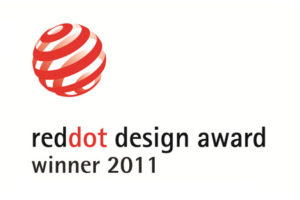 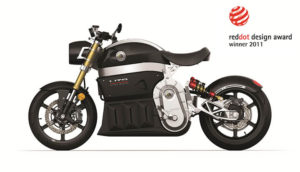 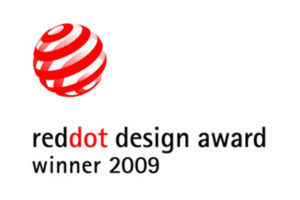 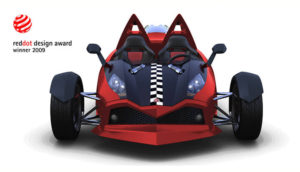 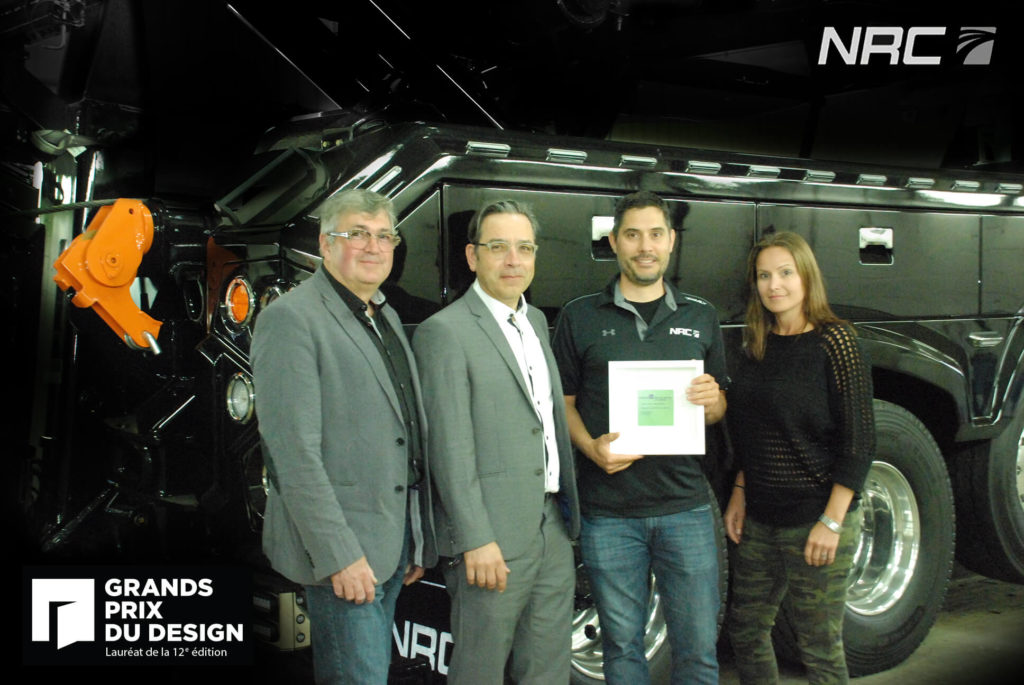 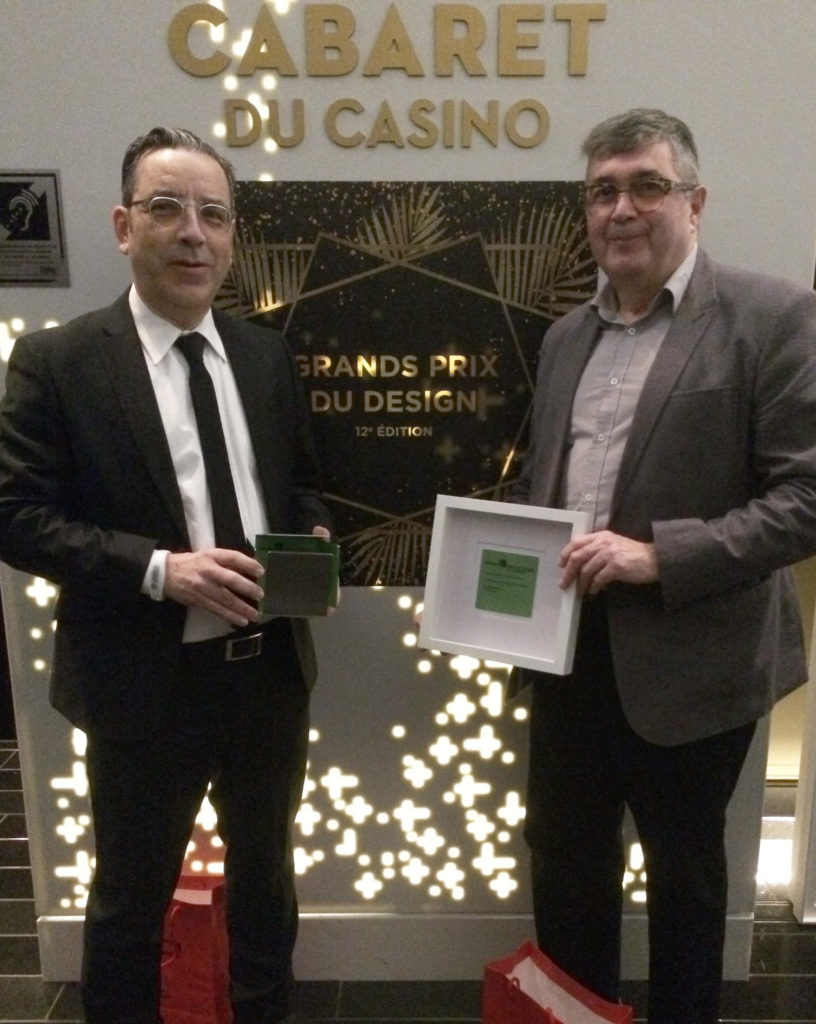 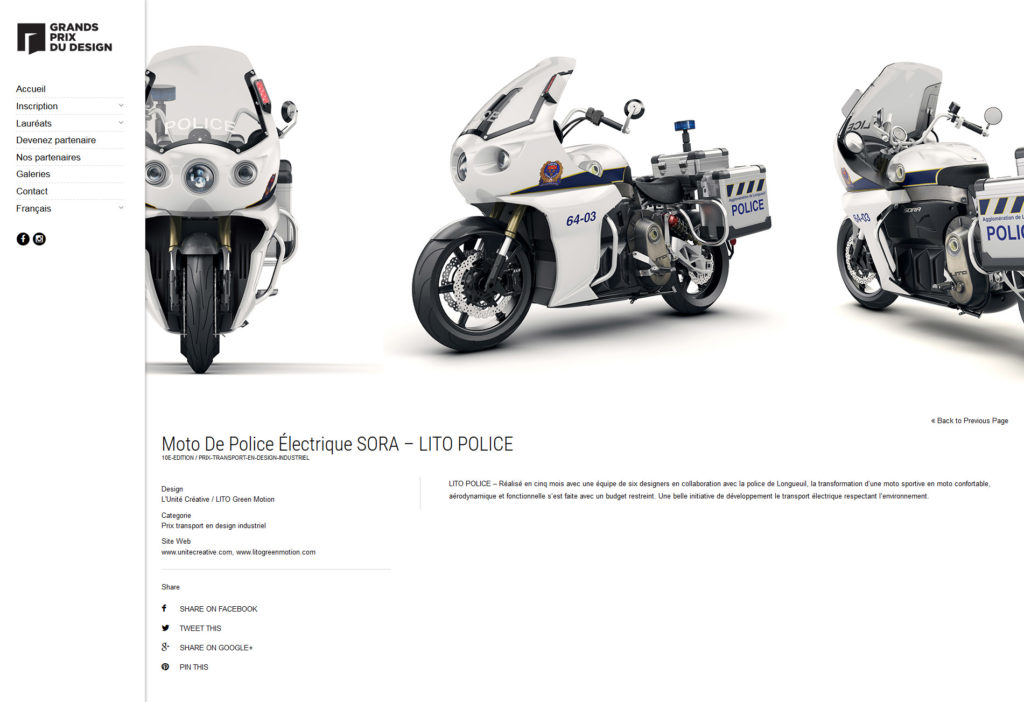 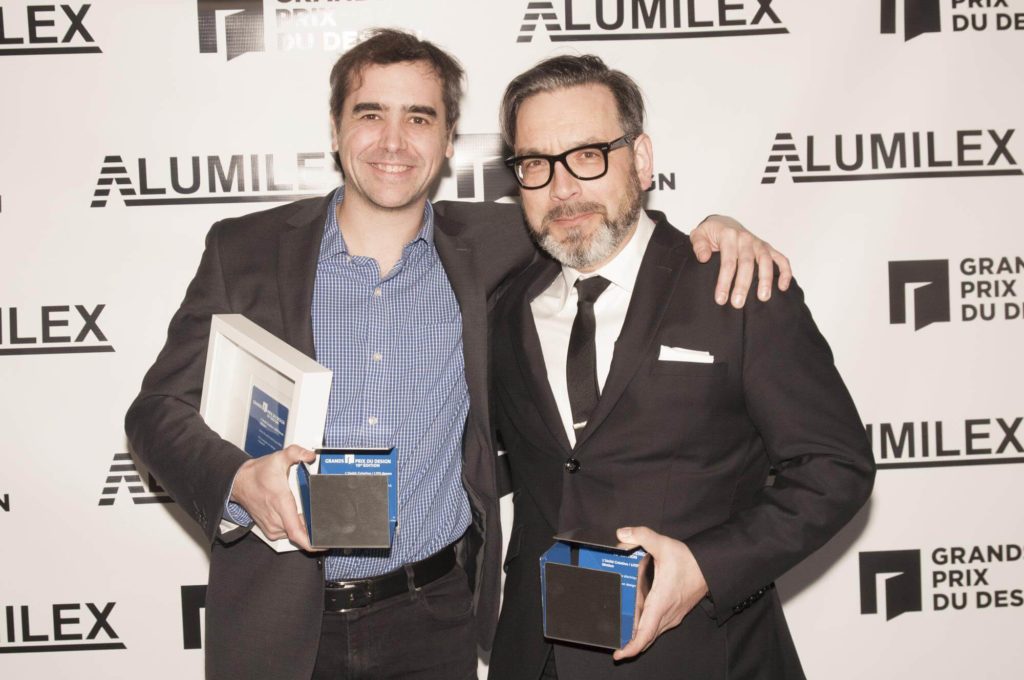 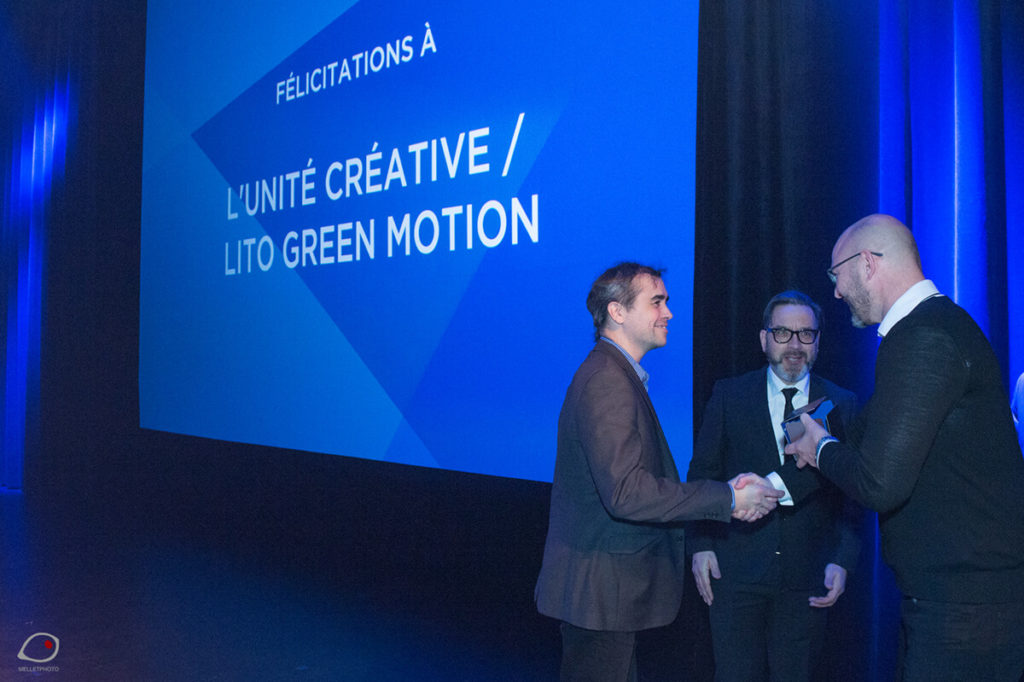 The Creative Unit / L’Unité Créative – Motocyclette électrique SORA de LITO Green Motion / Electric motorcycle by LITO Green Motion: This motorcycle’s seductive and ergonomic bodywork features a racy and dynamic front end, and a rear end with a bobber look. Between the side fairings, an aluminum frame is visible, showcasing this noble material. 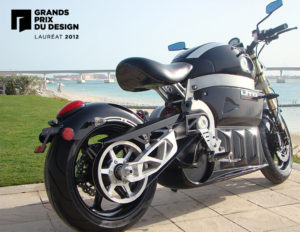 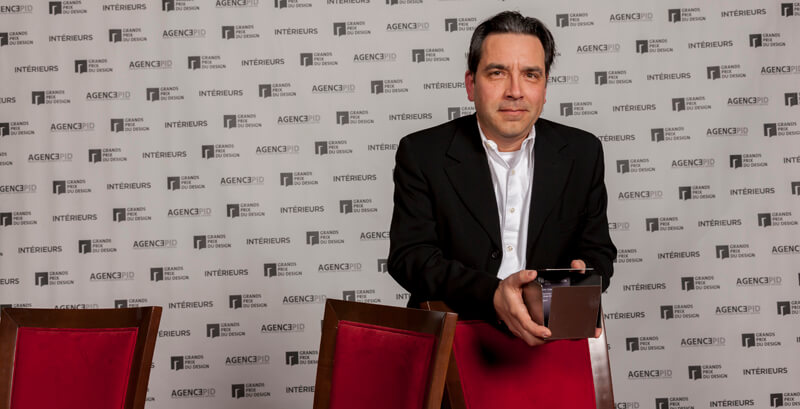 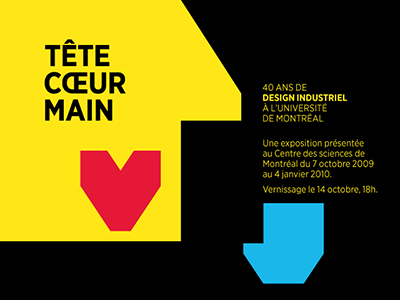 The BRP design innovation team, graduates of Université de Montreal, were honoured for the design of the Can-Am Spyder Roadster at a ceremony on October 14, 2009, celebrating the exceptional collaboration between designers and their business partners. Martin Aubé, Denys Lapointe, Étienne Guay, Germain Cadotte, Guillaume Longpré. 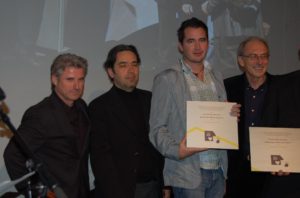 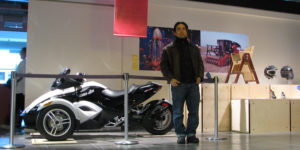 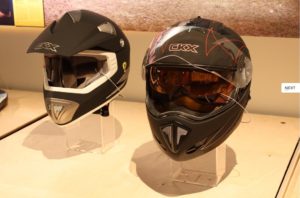 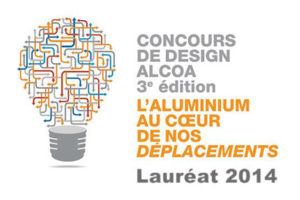 DIABLOV, the wheeled electric trolley for domestic use

Equipped with wheels and a central track propelled by an electric motor, DIABLOV is an attractive domestic trolley that promotes increased autonomy in senior citizens or people with reduced mobility. This invention from Martin Aubé (The Creative Unit) allows users to transport heavy loads between the car and house, or up and down stairs, making shopping easy all year long. Featuring a sturdy aluminum structure and an 8-hour-battery pack , this trolley is controlled by a simple circular handle for maximum user comfort. 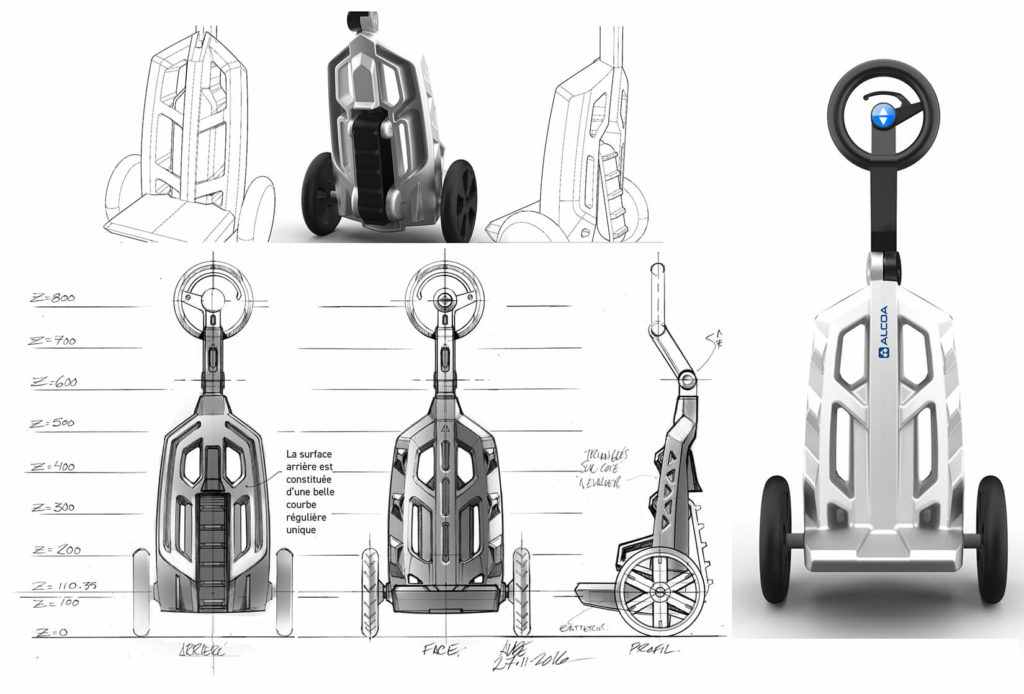 “A tough package/concept executed with style, intelligence, and lots of creativity. The designers have managed to introduce safety and feature enhancements in what was once a plain pontoon boat. While doing so, they seem to have created a new kind of boat. More than just an evolution in boat design, the Islandia takes big jumps in combining unique design with well thought out content. It raises the bar for recreational family boating” – Chris Bangle, IDSA, BMW. IDEA Jury. From the 2001 Yearbook of Industrial Design Excellence (INNOVATION FALL 2001).